Saxofonist Tineke Postma combines her Dutch straightforwardness and pragmatism with a big-city flare like no other. Her music is best described as elegant and without finery yet far from vulnerable the way her music oozes confidence. During her time at the Manhattan School of Music, her playing didn’t go unnoticed either. She quickly became well known with some of the most influential jazz cats of the New York scene. She played with Greg Osby, Wayne Shorter, Scott Colley and her playing is heard on Grammy-winning albums by artists such as Dianna Reeves and Terri Lyne Carrington!

Now she’s coming to Maastricht with her most personal album yet, called “FREYA”. Freya is the nordic Goddess of love, lust and fertility. She herself is part of this mythologie, as she is born in the Dutch province of Friesland; the Friezen are the children of Freya. Her album FREYA is an ode to her Freise roots and motherhood in all its different colours. This album is her first release as a bandleader since she became a mother 5 years ago. She’s a lot to tell you about those five years; musically ánd spiritually.

During this tour she brings a stellar quartet formation including the fantastic Ralph Alessi on trumpet. Downbeat once called him an “individualist with a unique and own style and sound”. With his characteristic clear sound and awe-inspiring craftsmanship he’s been asked to stand besides notable musicians such as Steve Coleman, Jason Moran and Ravi Coltrane. Alessi has on his nine albums, including three with ECM Records, shown how he expertly interweaves styles and influences, ranging from post-bop to neoclassic.

In collaboration with the Theater aan het Vrijthof 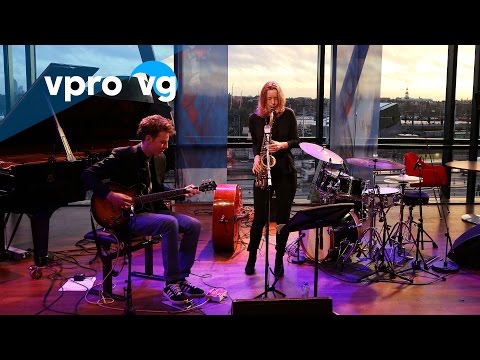