THE BEST JAZZ FOR MILES

After two sold out editions, we’re bringing back the EUJazz Nights! Twice a year we select the top jazz bands in the region to perform in AINSI during our mini-festival. The Maastricht region is full of great jazz artists, this edition we’re happy to present Carlo Nardozza, Tyranni Flock, and the Re/Invented Orchestra led by Jesse Passenier!

Between jazz and hiphop, acoustic and electronic, the Re/Invented Orchestra continuously adapts and innovates both with their music and their formation. Jesse Passenier heads up a flexible lineup including the top students at the Conservatorium Maastricht, guest soloists Claudius Valk (winner ‘Neuer Deutscher Jazzpreis 2014’), Carlo Nardozza and special guest DJ Vindictiv. Continually hunting for new ideas, methods and styles, the orchestra adapts and adjusts to suit collaborations and spaces making each performance unique.

Jesse Passenier
Multi-talented doesn’t come close to describing Jesse Passenier, he’s a composer, arranger, conductor, pianist and vibraphonist. A graduate of the Maastricht Conservatorium, he’s a laureate of the Brussels Jazzorkest international composition competition. In 2012 he was given a place in the prestigious Metropole Orkest Arrangers workshop where he had the opportunity to work with legends such as Vince Mendoza, Kurt Elling, Reinier Baas, Janne Schra and Jacob Collier. Not one to be stuck in a box, he embraces numerous styles from jazz to pop, rock and classical music.

Carlo Nardozza
Belgian jazz trumpetist Carlo Nardozza will be joined by pianist Alano Gruarin and guitarist Tim Finoulst to perform an ode to his Italian roots as Trio in Bocca al Lupo. They’ll perform their own quirky arrangements of Italian classics, transforming Maastricht into Florence, even if it’s just for an evening. Carlo is a professor at the Conservatorium Maastricht and has taught at  Conservatorium of Gent and the Conservatorium of Brussels. A protege of Rob Bruynen, Claudius Valk and Bert Joris. He founded the Carlo Nardozza Quintet during his studies leading to four CDs recordings and concerts across Europe. They won multiple prizes including the Young Jazztalent Concours Gent (Belgium), the Tremplin Jazz Concours in Avignon (France), and the Jerry van Rooyen Award (Netherlands). As a soloist Carlo has worked with Bert Joris, Philip Catherine, Paul Michiels, Clouseau, Lee Konitz, Dado Moroni, Rosenberg Trio, Bobby Shew, the Brussels Jazz Orchestra and many others.

Tyranni Flock
Inspired by the Tyranni bird, Tyranni [tir-rè-nie] translates into ‘screaming bird’. Innocent looking, it sings the most beautiful songs. But turn your back and you will be pummelled by a blazing synth on top of an energetic groove. Using the unique combination of EWI and flute, drenched in electronic effects, Tyranni Flock brings a modern, lyrical jazz-fusion, inspired by both the old pioneers like Weather Report and The Brecker Brothers as well as new heroes like the Donny McCaslin Group, Eric Vloeimans’ Gatecrash and Vulfpeck. 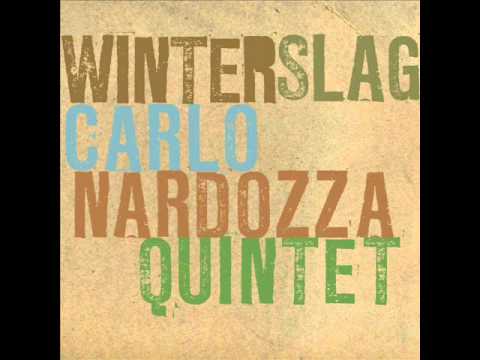