This November Maastricht will embrace the beauty with an intimate double bill in the form of Avishai Cohen & Yonathan Avishai in combination with UK sensation Kairos 4Tet.

Avishai Cohen already went on to win over Maastricht together with Mark Guiliana in 2016, in a practically sold out Theater aan het Vrijthof. Now he’s back in an intimate duo setting with pianist Yonathan Avishai. These two top musicians have known each other for over two decades, shared a house in Tel Aviv and played together all over the world.

Trumpet player Avishai Cohen, known for his thoughtful and expressive style, has garnished critical acclaim all over the world with his playing. The New York Times was convinced they heard the soul of Miles Davis in his playing. He combines the melancholic undercurrent of his mother country Israël with the tradition of American jazz. He does so with his very own and unique interpretations of compositions by musicians such as Dizzy Gillespie, Charles Mingus and Ornette Coleman. Cohen played his first notes as a soloist back in 1988 and got a scholarship for Berklee College of Music in boston. It was no until later playing at New York jazz clubs such as Smalls where he truly found and shaped his unique style of playing. His ECM-debute Into The Silence was in a multitude of countries the best selling jazz album of 2016. He followed up in 2017 with the beautiful Cross My Palm With Silver which received a 5-star rating by The Guardian. A special role in both albums belonged to Yonathan Avishai with an incredible tour-de-force on piano. The in France based Avishai has released his own music recently under the ECM label, bundled in this years beautiful album Joys and Solitudes. For the very first time Cohen and Avishai have joined forces in a duo setting with Jazz Standards as well as own composition produced by Manfred Eicher for a release in autumn 2019 which will undoubtedly reflect the musical baggage and experience of these wonderful musicians.

Kairos is the Greek term which captures ‘the ultimate moment’ in one word. Playing in the now, past and future is what Kairos 4Tet does best. They combine influences from classical music, jazz and even English folklore tradition. The band plays their own wayward compositions by saxophonist Adam Waldmann, which plays the tenor as well as soprano sax during their live performances.Adam Waldmann started off as a session musician for artists such as Alicia Keys, the Artic Monkeys, Mark Ronson and Mark Guiliana. His sound is often compared to the sound of saxophonist Andy Sheppard, that other great English player. Kairos 4Tet won the MOBO Award for best UK jazz act in 2011 and played throughout Europe ono some of the most prestigieus jazz festival and podia. The line-up consists of Parliamentary Jazz ‘Vocalist of the Year’ award winner Emilia Mårtensson, Irish folk troubadour Marc O’Reilly, supported by an all-star British rhythm section by Richard Spaven (Cinematic Orchestra, Flying Lotus, Jose James), bassist Jasper Høiby (Phronesis, Shai Maestro) and pianist Ivo Neame (Marius Neset, Phronesis, Hermeto Pascoal). In short, an absolutely astonishing sextet and a guarantee to change your perspective on jazz and music as a whole!

Quote: “Under the leadership of saxophonist Adam Waldmann, Kairos 4Tet have found a melodious medium between traditional Jazz and the forward facing nature of the great young British Jazz groups. The band’s compositions are open and accessible, but there’s no compromise when it comes to intuitive, intelligent playing and adventurous arrangements” – THE MERCURY PRIZE 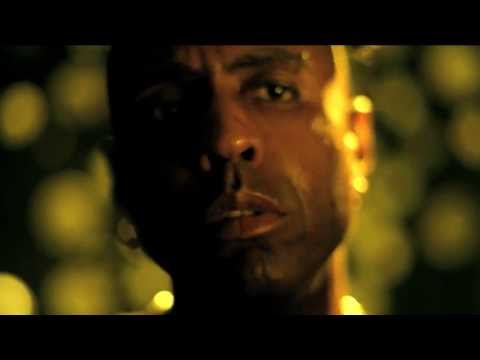